The major £2m redevelopment of award-winning Buckler’s Hard Yacht Harbour will be completed in the year that marks the 50th anniversary of the Beaulieu River marina.

Half a century since it was opened by Edward, Lord Montagu with round the world yachtsman Sir Chay Blyth CBE, BEM, the new-look marina contains 66 additional berths, many of which have already been allocated to new customers. 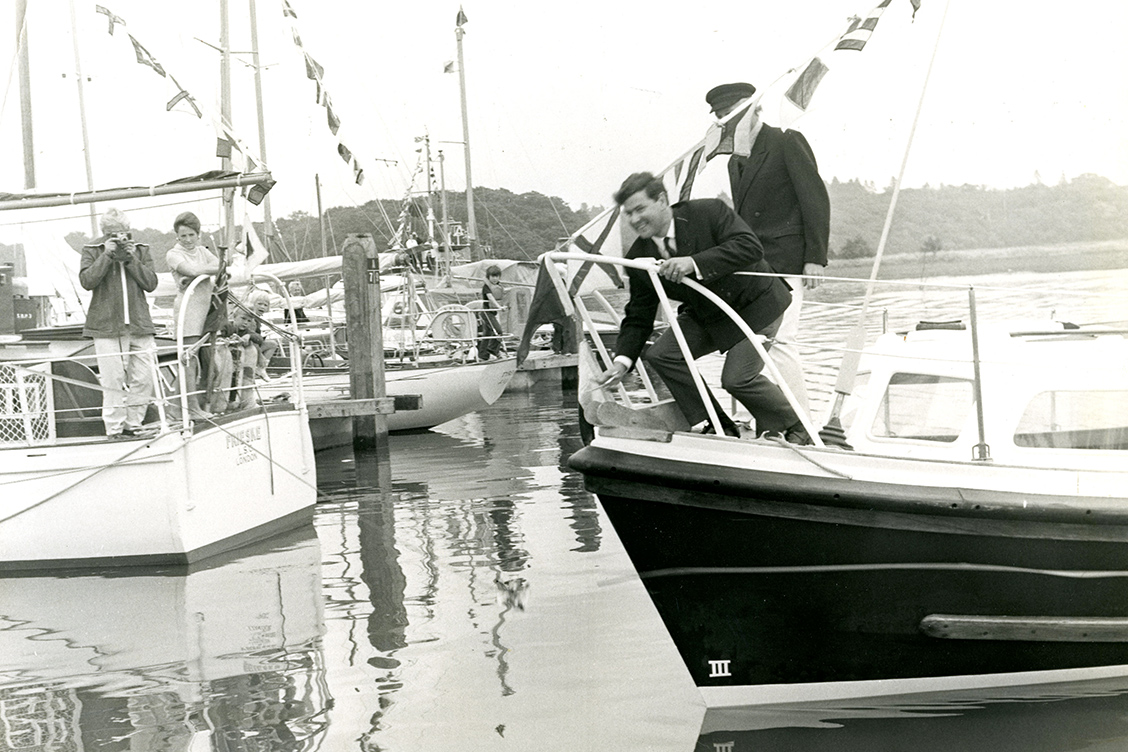 A celebration is being planned to mark the milestone completion, with some of the original guests from the 1971 launch – and will go ahead virtually if guests are not able to meet in person.

The reconfiguration and extension of the marina has taken place over two winter phases in order to secure the marina’s future as one of the most desired locations, while keeping pace with modern boating demands for bigger berths, more convenient walk-ashore pontoons and improved facilities.

We are very pleased to mark this significant moment in the history of the Beaulieu River. It is fitting that the redevelopment should be completed in our golden anniversary year and we look forward to a bright future, with new and improved facilities while maintaining the charm of the river which has made it so popular over the last 50 years.

The private custodianship of the Montagu family has protected the Beaulieu River for over four centuries, as one of the few privately owned rivers in the world. The redevelopment has been undertaken in a sustainable way and applied the same concept as the original designs. As much of the old infrastructure as possible has been refurbished and reused to maintain the unique character of the special area. New construction work was awarded to Fareham-based Walcon Marine which carried out the original build, with James Walters taking over the helm from his later father Robin.

It has been a pleasure working with Walcon Marine, which shares our vision of creating the highest quality marina for our customers. My thanks also go to Gosport-based specialist marina consultancy Marina Projects, who designed the new marina and has since project managed the redevelopment for us.

As a key appeal of the Beaulieu River remains its natural beauty, tranquillity and scenic New Forest location, the redevelopment has included a new black water pump-out facility as well as a new wash down area, enabling pressure washing to be undertaken in an environmentally sensitive manner. Beaulieu Enterprises Ltd has worked with agencies including Natural England and the Environment Agency to ensure the protection of the river’s unique habitats and species. 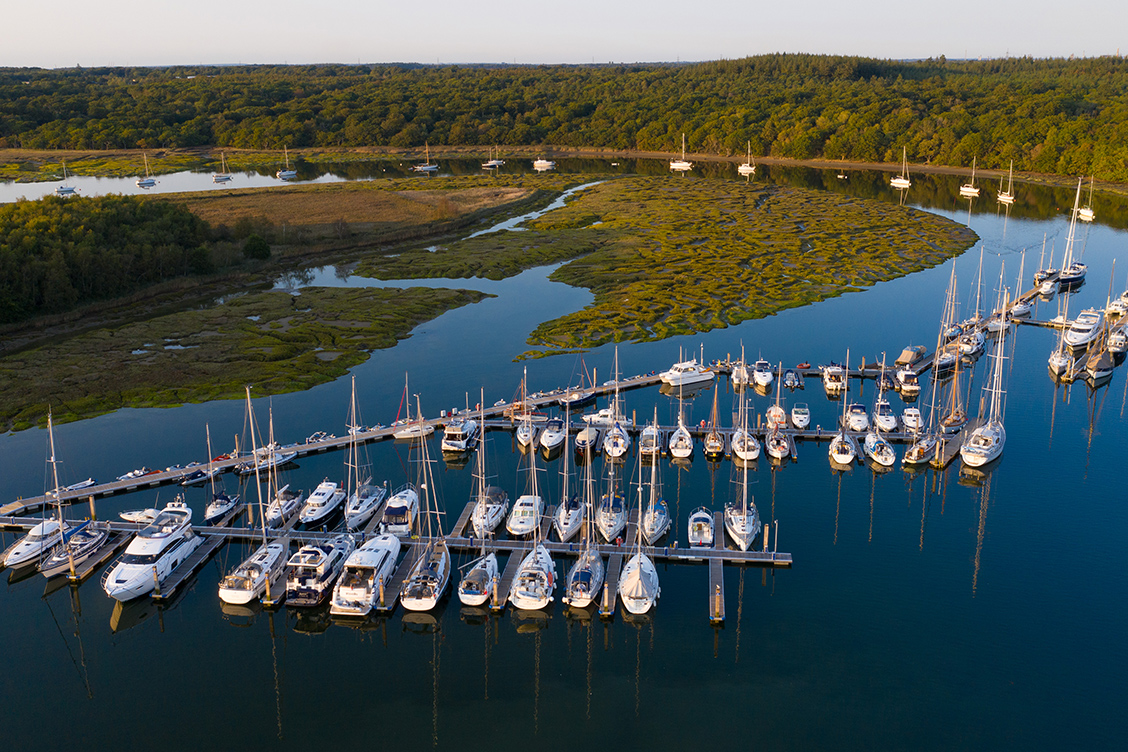 The improvements include 66 new marina berths, including larger berths to suit vessels up to 18m, as well as upgraded electrical services, improved WiFi and a new dedicated visitor area. The new visitor area opened last summer and has already proved popular with sailors eager to escape to the jewel of the Solent at the gateway to the New Forest.

We’ve always been committed to providing a friendly and personal service to all of our visitors and that’s particularly important to us in these uncertain times. We are proud of the Beaulieu River community and can’t wait to celebrate our anniversary with berth holders and visitors when we open our new facilities.

The redevelopment is part of a continuing programme of improvements at the yacht harbour, which was awarded The Yacht Harbour Association’s coveted Coastal Marina of the Year (for under 250 berths) trophy in 2018/19, then named runner-up in The British Yachting Awards’ Marina of the Year category in 2020.

Buckler’s Hard Yacht Harbour has a long track record of giving a personal and outstanding service to its customers. Full marina services, an open policy boatyard and chandlery are offered, along with a range of benefits. A restaurant, bar and tea shop are on the doorstep at the 18th century shipbuilding village of Buckler’s Hard, with its Maritime Museum.

For moorings and berths visit the annual berthing page, email harbour.office@beaulieu.co.uk or call 01590 616200.