Continuing its top rating within the Gold Anchor Scheme, which evaluates the standards, efficiency and service of marinas across the UK, Buckler’s Hard Yacht Harbour was commended by the assessor as offering “some of the most picturesque boating facilities in the UK,” while Harbour Master Wendy Stowe and her team were praised for “keeping customer satisfaction high during exceedingly challenging times,” as mooring holders continued to come first despite the Covid-19 restrictions and the redevelopment of the marina. 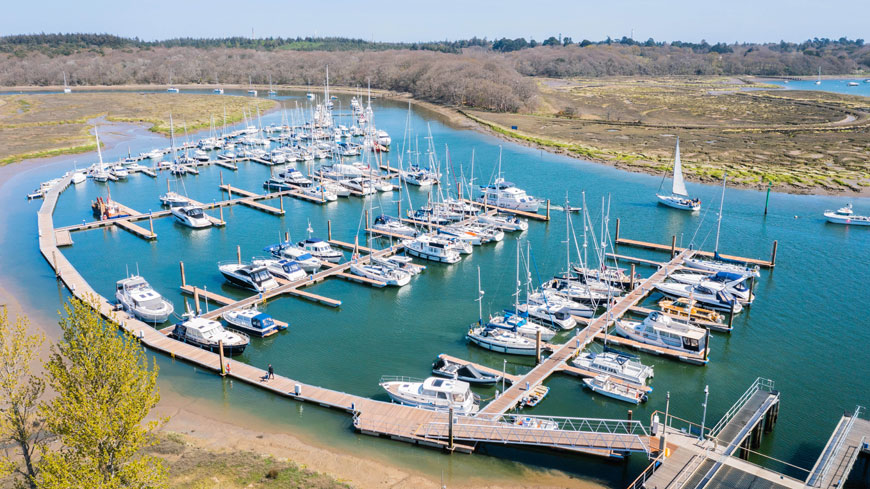 “Important levels of customer satisfaction have always been important to Wendy and her team, and they continue to score highly in both customer satisfaction surveys and TYHA Mystery Shopper recently conducted for this assessment,” said the report. “The quality of customer service has further been highlighted with the marina winning TYHA Coastal Marina of the Year, under 250 berths, in 2018/2019.”

“We are delighted to be recognised again for the service we provide for our customers. It has been really good to welcome old and new customers back to the marina to what has been a great season, with people very pleased with the new facilities. This season has been our busiest, with berth holders and visitors enjoying everything on offer, from using the upgraded facilities to simply having a glass of wine overlooking the stunning Beaulieu River.”

Following its extensive £2m redevelopment, “the entire pontoon structure has been replaced over the past 2 winters and now offers customers some of the best facilities for berthing along the south coast,” said the report, bringing total capacity up to 250 walk ashore berths, along with 304 swinging river moorings and eighty dry berth spaces, all in great demand.

“The sanitary facilities were re-built to an extremely high standard in 2019 and benefited from a £400,000 budget. They reflect the level that the management are striving to achieve in all areas of the marina.” 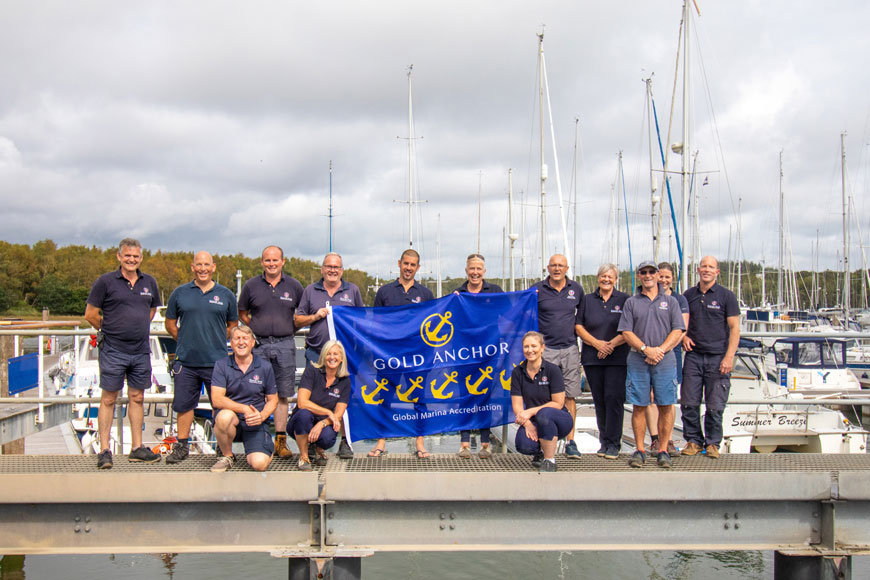 The award comes shortly after the 50th anniversary celebration of marina, which saw the most decorated Olympic sailor Sir Ben Ainslie given the Honorary Freedom of the Beaulieu River by Lord Montagu as more than 800 berth and mooring holders gathered for the occasion.

The Gold Anchor Scheme has been a respected measure of marina quality for over 25 years, issuing ‘anchors’ in the same way that hotels are issued with stars. It is managed and administered jointly by The Yacht Harbour Association (TYHA) and the Marina Industries Association (MIA).

The Beaulieu River is one of the few privately owned rivers in the world and the custodianship of the Montagu family has protected it for over four centuries. The yacht harbour, which was runner-up in The British Yachting Awards’ Marina of the Year awards in 2020, has a long track record of giving a personal and outstanding service to its customers. 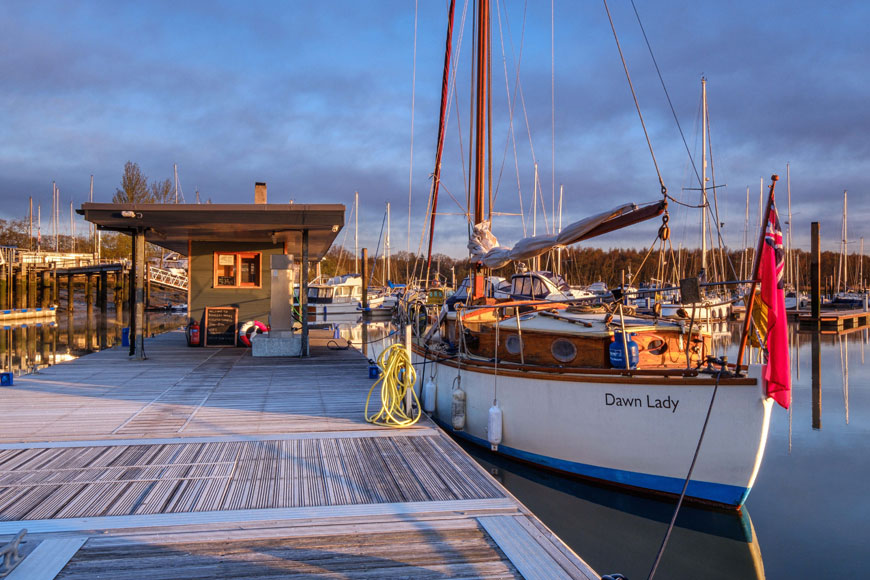