Beaulieu River > About Us

The scenery and wildlife of the Beaulieu River give it a character of its own.

Centrally located on the Solent, the Beaulieu River forms the south eastern edge of the Beaulieu Estate. With a five Gold Anchor accreditation, Buckler’s Hard Yacht Harbour offers 115 berths, over 300 moorings and a boat park with slipway.

Every year we welcome up to 8000 yachts from a variety of yacht clubs based across the UK and overseas.

The river benefits from a double tide, and a secondary high water. The flood tide takes six hours coming in; then, after a gentle fall, there is a second high tide some two hours later followed by a period of slack water for about an hour. Then the ebb sets in, and low water is reached in just two and a half hours.

A brief history of the Beaulieu River & Buckler’s Hard

Monks, shipbuilding, warfare and tourism… the story of Buckler’s Hard and the Beaulieu River takes you on a remarkable journey through history. 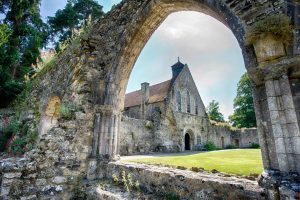 The Beaulieu River is one of the few privately owned rivers in the world and has been under the custodianship of the Montagu family for over four centuries. The ownership of the river can be traced back to 1204 when King John granted the estuary, together with 10,000 acres of land, to the Cistercian monks who founded Beaulieu Abbey. When the abbey was dissolved in 1538, it was sold to Lord Montagu’s ancestor, Thomas Wriothesley, and the family have been caring for it ever since. 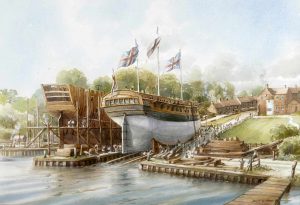 At the start of the 18th century, Buckler’s Hard was a humble landing place on the Beaulieu River. But John 2nd Duke of Montagu had big plans for this quiet spot…

The Duke planned to build a free port on the banks of the Beaulieu River for the import and export of sugar from the West Indies. Sadly the idea failed to get off the ground when the French captured the islands, but from the 1740s the site was used to build over 50 wooden ships for the Royal Navy. The Master Shipbuilder, Henry Adams, and his sons built ships such as Agamemnon, Euryalus and Swiftsure, all of which fought at the Battle of Trafalgar in 1805. 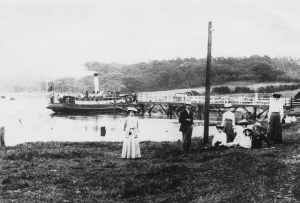 The end of the Napoleonic Wars and the advent of iron ships saw the demise of shipbuilding at Buckler’s Hard. However, by the late 19th century, pleasure steamers started to bring day trippers to the village.

This was followed by a similar rise in the number of people sailing for pleasure. As the Solent became a favourite sailing ground, so the Beaulieu River became a popular place for the mooring of yachts. 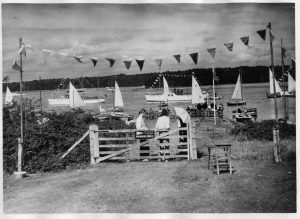 Policing the river was undertaken by John, Lord Montagu’s boatman, Jim Thomas. From his home in the Master Builder’s House, he was able to see the arrival of visiting yachts and organise the laying of moorings for them. In 1926, his house was converted into a hotel, and as traffic on the river increased, Lord Montagu appointed his first official Harbour Master, Frank Downer, in 1927.

The peculiarity of John Montagu’s ownership of the river led to one yachtsman disputing the Harbour Master’s right to charge for boomage and landing. The matter was referred to the Board of Trade who examined ancient deeds and confirmed John Montagu’s rights.

The growth in yacht ownership coincided with the leasing of house-building plots on the estate to wealthy ‘incomers’ who helped to found the Beaulieu River Sailing Club in 1931. 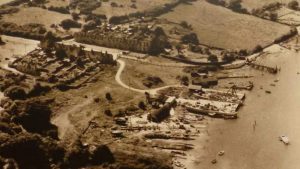 During the Second World War, Buckler’s Hard became a motor torpedo base and Bailey’s Hard was used for fitting out minesweepers.

Further downstream, sections of the Mulberry harbours were constructed in the old oyster beds in preparation for the D-Day landings.

In the post-war years, private yachts quickly returned to the river and in 1963 Edward, Lord Montagu opened the Buckler’s Hard Maritime Museum to tell the story of this fascinating village.

In the 1950s Sir Francis Chichester became a mooring holder and rose to fame in the late 1960s when he became the first person to sail single-handedly around the globe. His famous yacht Gipsy Moth IV is now cared for by the Gipsy Moth Trust and can still occasionally be seen moored on the Beaulieu River.

In 1973, dredging was undertaken to make way for a 76-berth marina (later enlarged to 115) with a new chandlery and boatyard. Elsewhere on the river, moorings were kept to a low density so as not to diminish the river’s natural beauty.

Today the Beaulieu River is a beautiful and tranquil spot, well-loved by yachtsmen and nature enthusiasts alike.